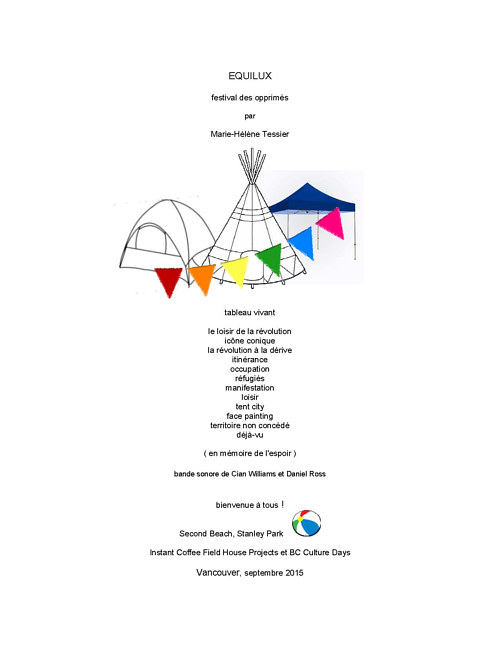 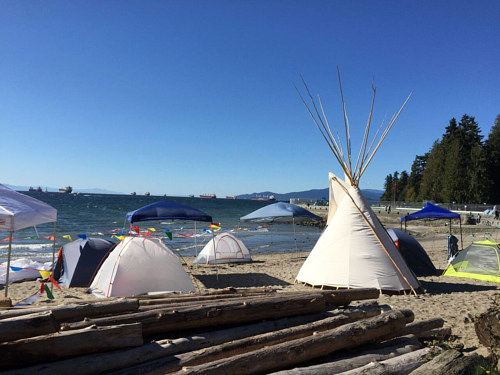 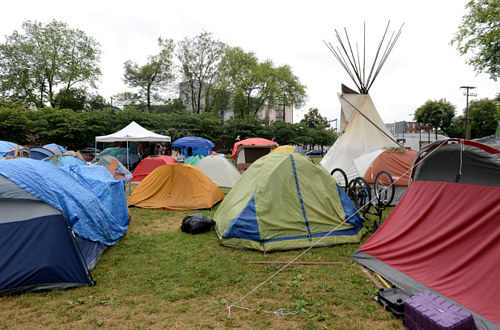 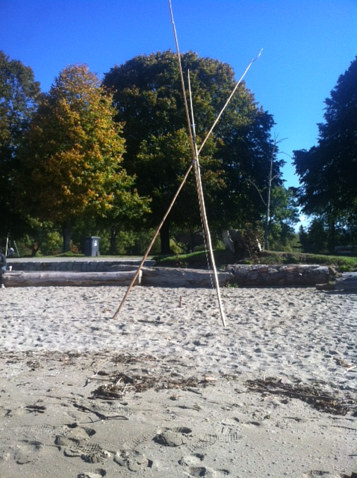 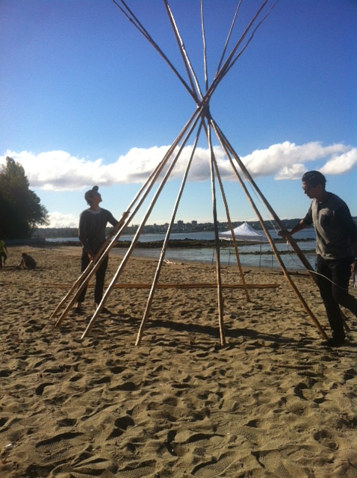 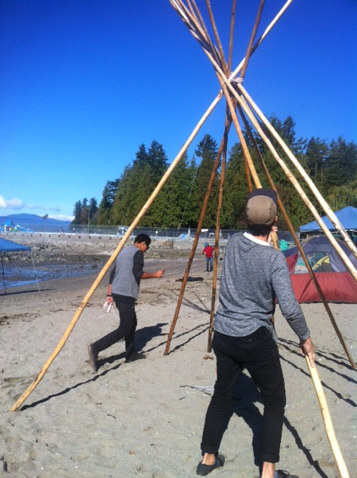 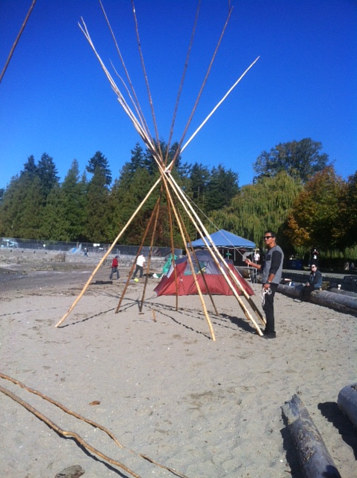 (...) A déjà-vu about a déjà-vu. A vague east-van tent city inside a westside leisure vapidity.  I told Instant Coffee that I was going to have beach forts, made of blankets, all over the beach, but as the project progressed, I thought it was too cute, too preppy, to gentle, not bizarre enough for art, and too much expected on a BC Cultural Days...beach-fort workshop-happy-family-friends-of-the-family-Too normal. I always neeed something to disturb the statu quo of everything, the stucco, the ptetrification of ideas, or revolution? At first I just wanted one tent, in canvas, with vaguely bedouin characters inside, wearing turbans and blankets, making food. The tent was looking towards the water, of course (...) or Sunset and I became obssessed with making fun of the site with very white sunday strollers looking for meaning on Equinox. I was also very ill prepared, danced-all-night at Index or Skylight, another wild night, we had to be there to meet Tony's son, Anthony, who was coming to build the teepee. I had met his father, Tony Salomon, a Prairie Prince, he looked like Charles Ingals, he was Anishnabe. We met at Wagon Rouge on the sunrise strip, it was his idea. I told him the truth, nothing but the truth and he accepted to give me a good deal and convince his son, who had enough of the tee pee business for a moment but (...)

A festival of canopies, derelict face-painting workshop-a Teepee start-up-Moon Dance? The end and the beginning of la fête. Revolution as a memory of something that could happen. The tent, ourney, resistance, nomadic, conic-iconic, Revotion objectified revolution as an eternal dress rehearsal (...) bout the petrification of everything

Excerpt from A VENDRE, the novel