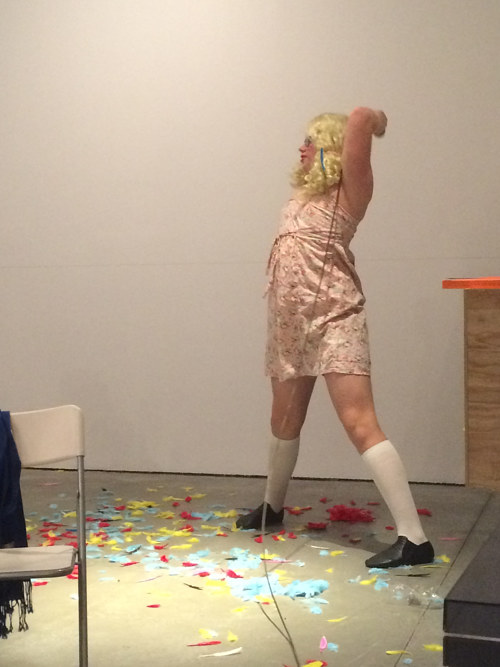 (...) Sasha was the land speculator. He was wearing , I mean the equestrian boots wore him and he had a Top Hat. A real antique and a little Western 19th century style jacket with a tail. All my costumes came from House of V and Dollar store. I was wearing my hatsideways to make it even goofier. One hour before the show started, one hour before it wa smy turn I came last and I played before and at the Entrea'cte. There was Bourbon, yikes so sweet. And beer chasers. And a pack of playing cards and a bunch of fake feathers in colours, red, baby blue and yellow and some white and one pink, and a few black. It was of course to provoke but not just to provoke. I always listen to ideas around portrats. This was a portrait of Vancouver as a Wild West place and the Or gallery being in a strange situation, and also I asked Susana Juliet to come in naked under a white furt coat, like she did for Cameo Royale. No one understood portrait painting in those days, and I had no patience, I did not feel like explaining absolutly everything even to the curators. Emma was sort of on my side. All this explaining about art really started to get to me. Too much explaining is an insult to visual arts. Ovide as the good cowboy, of course, and Max decided to come as a ragdoll drag queen singing Touch Me from the Horror Picture Show. I had seen him performing this act at his theatre high school. Max was a total dance-singing-theatre type since he was a baby. He looked like he was doing a fellatio to the microphone which gave a risqué feel to having children being sexualized at the tender age of 13 or 14, eventhough it was not my idea. Max decioded everything about his act. It was one of the tranny act and the song was perfect camp feel. It felt like a TV Variety Show. I was amazed that Alex came to give me the joker card. A lot of peple came with cowboy hats. I was really annoyed that Steven was eating a cheese burger ruight in the gallery. I mean who does that. Then he said well you wanted coyboys did you not? Haha. The day before I had started to inagibe each and everyone of my friends wand frennemies and ennemies wearing a cowboy hat. The question is, what kind of cowboy are you? The thing with hats is that they tell a lot about you. Especially cowboy hats. Theatre never needed much else than hats (...) (Excerpt from Numéro comique, the serial) (felt sketches by Mel Paget) 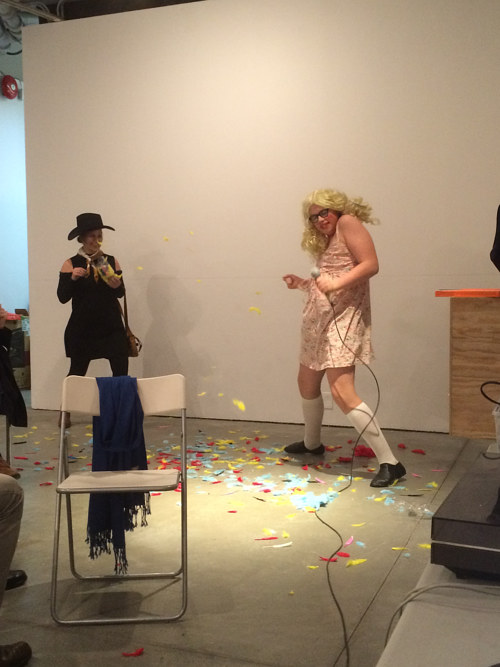 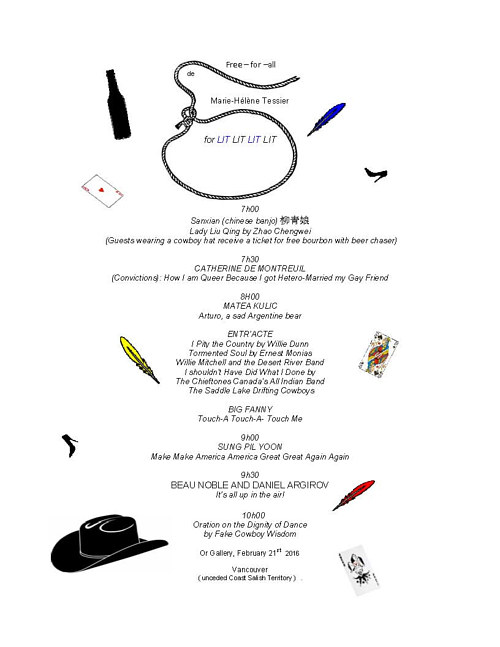 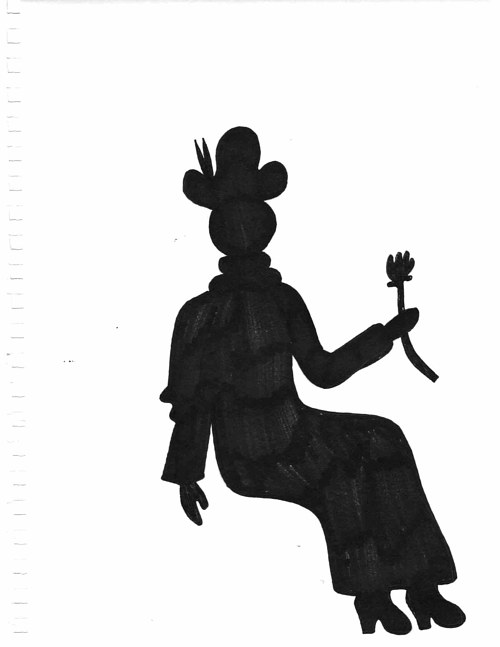 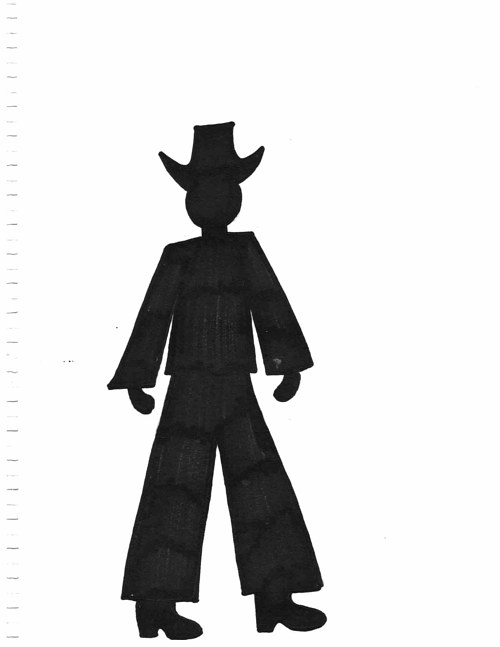 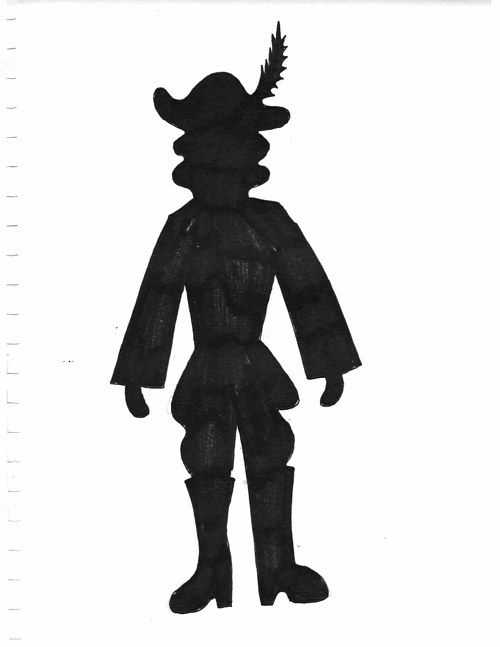 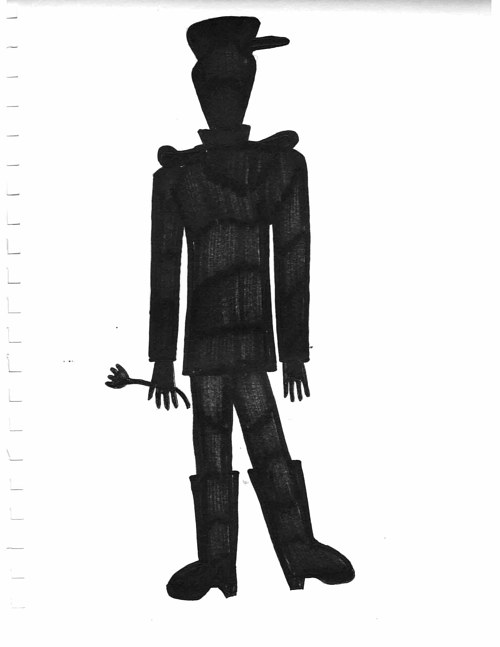 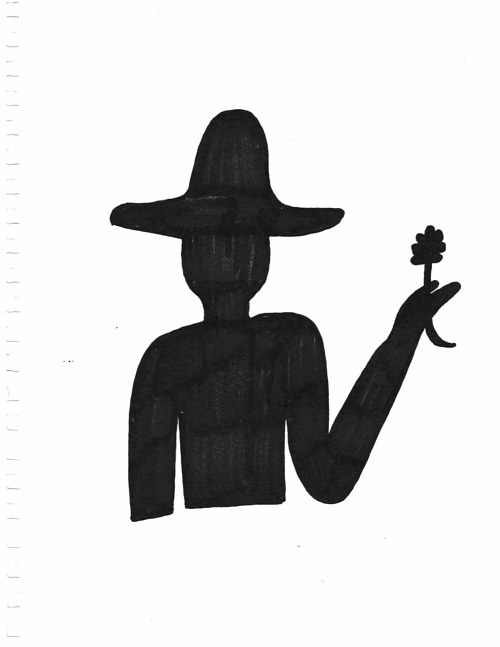 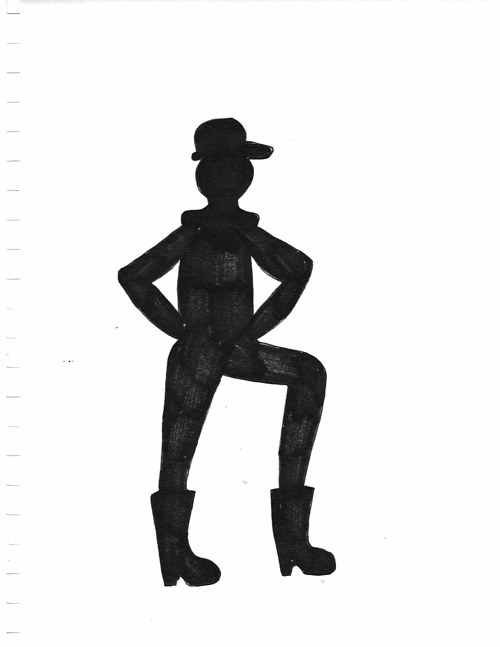