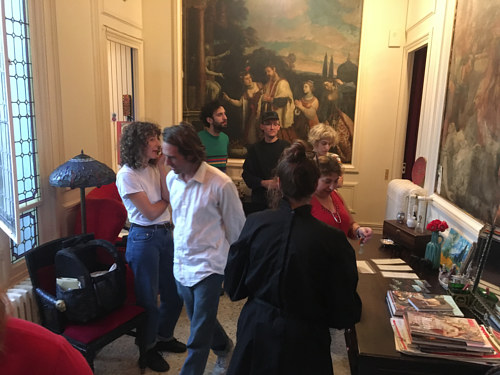 (...) Rosa was superb, her face brought me such joy, I knew she would insist to bring us fresh oranges and sliced bread, eventhough I had told her not to, as we were catching a train for Italy early in the morning. Patrick's new wife looked like a French version of Britney Spears, clashing with her psychanalyst aspirations. They advertized their life-style ''adore les livres et le cin/ma (...) faire de sa vie un poème (...) tous les week-ends station balnéaire au Calvados'. She wore red patent shoes and had a naive understanding of class, learned in vintage Paris-Match. When I asked her about the paintings, she had no idea. This was not her life. She had bought it, with all the books in it. She had bought an intellectual bourgeois life style, avec chinoiseries. The hôtel particulier belonged to Marie Bonaparte who used it as her therapist office where she received patients on the daybed which was still there with her desk behind it. It was the second time a psychoanalysis couch featured in my travaux d'art. I napped on it after we came back from Concrète which was also petrified. Concrète, like Paris, was calcefied. Paris was not Paris,  the Paris everyone was looking for was fugitive, like magic avoiding vanités inutiles, Paris had started a process of going underground, creating secret groups, that had nothing to do with the city itself, which had been flooded with tourists who lived there. Thankfully there was no complete Californian whitewash and all the wood was preserved. The Bonaparte family gossip followed us all the way to Rome, via Francigena. A long story that brought us all the way to Les apartements d'Hortense, Palazzo Rispuli. Pauvre prince il était si âgé, si frêle en admirant son portrait dans le petit salon vert et noir. For dinner, I ordered couscous from Founti Agadir, rue Monge. Tariq was superb, his pastilla out of this world, I kept one for the chalet the day after en route pour le petit château de Dominique. I love food carried from one house to another, from city to city, from Paris to Piemonte, on a train we almost missed, the train, the train adding to the parades of objects; tableaux, dishes, instruments, luggages, art...We never get out of processions. The form is irresistible. The train ride was not exactly the Alpine spectacle I advertized in the imagination of my crew. This vaguely Nietzchean project with the Scalero family was subalpine, at the foot of the Alps, not at the top, and it needed to travel through Via Francigena, not through Milan. Dominique's petit chateau-chalet was perfect for this analysis. Reinvesting places of power by occupying it with art, criticsm and the party was the mandate, while also trying to sale it with the art in it, because we all know that all wealthy people truly desire when buying castles, is la Vie d'Artiste they will never have...(excerpt from Numéro comique, the serial) Photos courtesy of participants 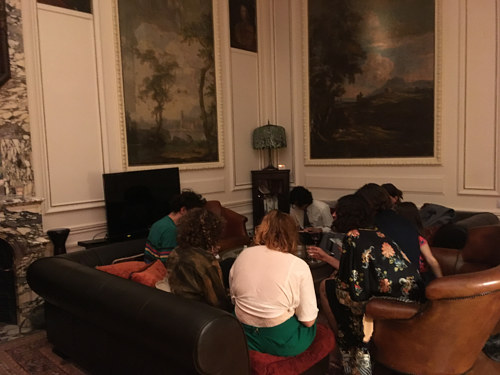 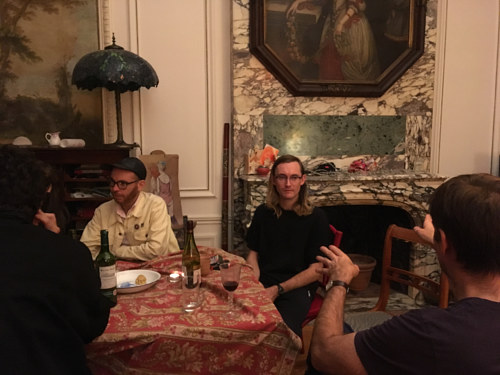 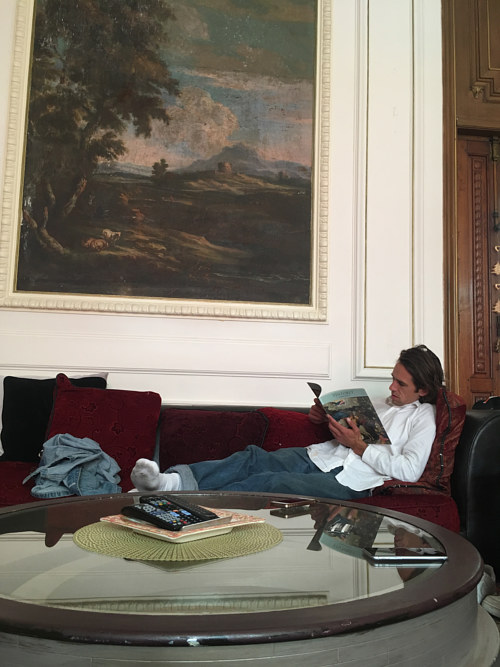 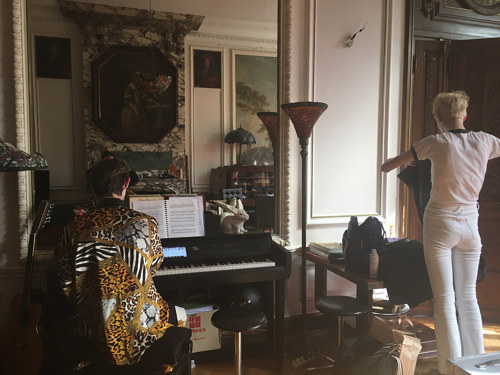 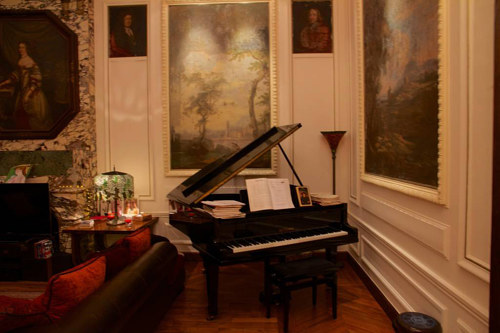