M AS IN EXPLOSION, P FOR WHITE FLAG

concrete poetry, published by Western Front Magazine for the Reckless issue, May 2011 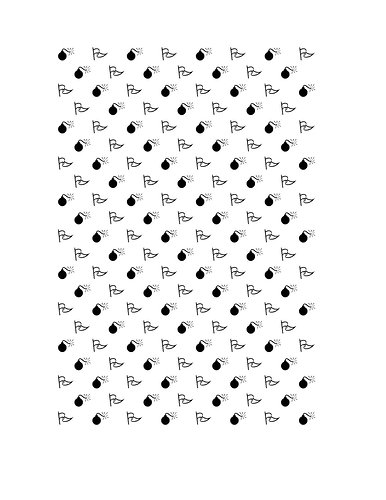 ON THE INVISIBLE EVERYTHING, published by Western Front Magazine for the Reckless issue, May 2011, 270 words

French police entered the village with helicopters and dogs to drag nine suspects from their beds. Nine poets from their dreams. Their writings considered dangerous, anarchist, possibly criminal.. Politics is about gaining and losing terrain. A play by Dušan Kovačević. Someone followed by a stasi agent who spent his life on his case, transcripting all of his public speeches, even the ones pronounced on a drunk night. Radical left and extreme right read the same books. Serpent biting its tail. The building and the crushing of the Self. Post trauma. Post drama. Shaken musicians retelling the sequence of events, driving down the path that took them from the comfort of their revolutionary and rhetorical prose to the empty and cold room of the National Anti-Terrorist Squad. The Coming Insurrection, translated by Semiotext, our neighbours in Brooklyn. I will never know if the image of their private library kept growing in my mind over the years, as do most lasting impressions, but I know for sure that I never saw the end of it, books bleeding out of frame facing the open freight elevator that delivered one of their commandant, a mature woman, blond and thin, lightweight in a summer dress, vanishing in space while waving goodbye to a bearded woman who was involved with a circus that delivered books on transexuality in the vast American countryside. Art, between utopia and irrelevance. We are all terrorized terrorists walking on our hands, sitting on our head, talking in codes with forgotten meanings. Artists are funambulists walking on a tightrope over an imaginary checker board; sleep-walkers avoiding the white light of Absolutes and and darkness of Nothingness.