misen-sn-scène, 2018. A series of chosen sites for projections of works that deal with land, the bureaucracy of the mind, the ghost of colonisation and a very unreliable curator...'I am not a royalist' 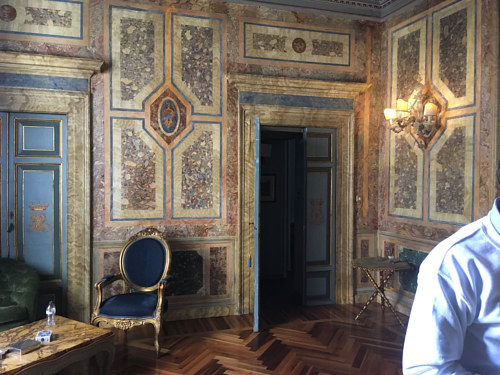 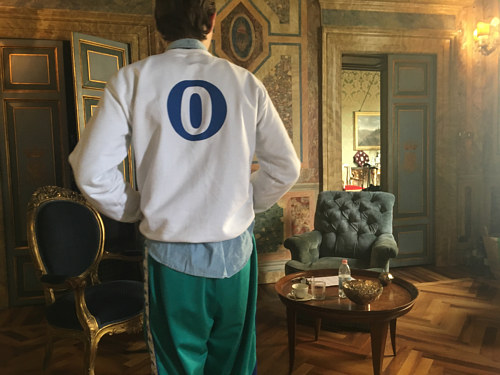 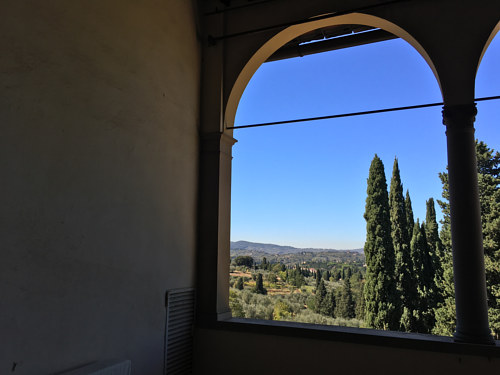 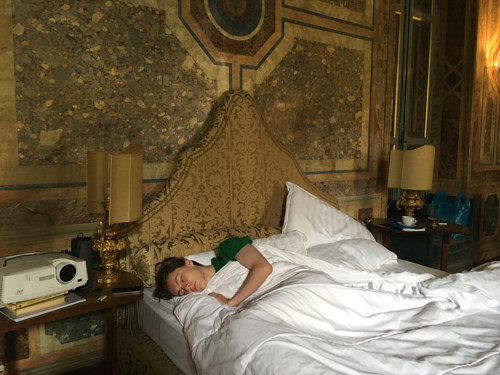 -Other than a series of chosen sites for projections of works that deal with land, the bureaucracy of the mind, the ghost of colonisation and a very unreliable curator, what were you looking for

-I was interested in the relationship between Hortense and her son

-The nephew of Napoléon

-Yes, Hortense was married to Napoléon's brother, a real bore. Forced into an exile in Rome, so far from the Paris she cherished, with her son.

-I am interested in France's schyzophrenia with Italy. France is half Italian without realizing it. or at least corsican.

-Who was Napoléon III

-something touching about all the last monarchs, last emperors, in the collective imagination

-absolutly. Not only we are all Oedipized, Hollywoodized, we are all fairytailized and the Chateau project is also about how we are all chateaulized, we all carry the chateau image, it is universal

-Did Napoléon III sized power by force because he could not be re-elected after his first mandate of 1848-1852.

-A little bit like Trump is tried to do in America

-Yes at the hight of Romanticism and remained the Emperor of France, founding the Second Empire, untl the defeat of the French Army and his allies, captured by Prussia in the Franco-Prussian war

-what is his contribution to France

-He is known for modernizing the economy, rebuild the centre of Paris and trying to expand the French Empire overseas

-so you were interested in his relationship with his mother

-yes I felt bad when I met the Ruspoli princesse, when she asked me why I was interested in the history of her palazzo. As I was telling her about the relationship between Hortense and her son, I realized that her biggest tragedy was that she bore no masculin heir. Soudainement son visage s'assombrit et elle prit congé de notre conversation, caressant son petit chien sans cordes vocales, qui nous aimait beaucoup.

(the Ruspoli valet, tell the history of the Ruspoli valet, not Ricardo, Ricardo was a delight, no, the other one, he was so awful, he was dressed in 17th century clothes with a dusted wig, he was HUGE and VILE, full of extreme contempt for our little 'theatre troupe'. At the end of the project, i was waiting for our SUV limo. He looked at me with such violence that my answer was a reverence, from afar. Looking back, my very best gesture. Life is just a pile of improvised choreographies. It was unclear if the reverence was theatrical or aristocratic, which was perfect. It felt like an unfriendly thumbs up. Bowing to the Ruspoli valet was complex. When the car service finally arrived, two Kébékois men, tourists in cargo shorts and tshirts passed by, via del Corso, in Campo Marzio, named until the domination of Napoléon in the 19th century (..) (hearing Kébékois the last day of the project, was the most surreal and disturbing, when life plays jokes on your journey)

-you mean when art makes life more interesting than art?

-you mean when art makes life more interesting than art

-that is what i just said, non?

-yes, I just like to repeat it, because during each project, each mise-en-scène, I always forget, until i remember

-and then what happens

-what happens is that it is only in retrospect, that you realize the dreamy moments of the trip, the journey, the mise-en-scène...

-like what, other than the two Kébékois in cargo shorts

-Oh, at the airport, in Rome, two stewardess, were as big as Michelangelo's painted characters, i was mesmerized, they smiled at me with such benevolence

-You think they were hallucinations?

-They defenitly were.  Then, on the plane, I saw a Tarantino movie, the one with cowboys in Hollywood, who lives beside Polanski's house in Lynn Canyon

-When we boarded off the plane, one of the cowboy was there, at the exit, so huge

-The size of Michelangelo's character paintings?

-A little smaller, i mean he barely fit on the plane, and smiled. No one saw him but me, I mean all voyages are like this. Before the idea of tourism, or before the idea of stupid tourism, people used to travel to gain spriritual insights...the word Journey and Voyage meant something. To travl is supposed to be trippy.