Curated by Jenny Penberty for the TCR, The Capilano Review, Issue on translations, May 2014
The Snack Bar was rarefied-nonchalant; slender with round sounds of depth and légèreté. Church basement-proletarian chic. It was good to know when to sit and how to stand. Shoes played a role. The microclimate was adept in slowing time and speeding heartbeat, in 3D; making chance encounters, museum quality. We were having a cigarette, outside in the alley, which looked into a Mah-jong parlour, above; numerous suspended red lanterns, of course, in the coherence of it all, and some details, inside, were reflecting the Chinatown context in subtle ways, while serving legit traditional Korean dishes along with crispy tostadas. Very few restaurants succeed in hanging real art, which made our host, the Aristide Bruant of the twenty-first century. It was our favourite legal clubhouse; notorious artists from different generations; post-photographers and neo-Marxist poets, from a bygone revolution, trying to capture the next paradigm; curators and high-fashion fizzogs, art critics, musicians and the odd artiste raté, all colliding within the same frame, with a perspectival view on daily DJs from different time zones. Everyone knew everyone and we could not stand still, even though it was prohibited to dance by law, we still danced, here and there, to untie our thoughts, absolve our desires and warm up for the next venue.

Although we had lots of friends in common, we had never truly met. The previous week, she had posted something in Mandarin on her wall. Curious, I translated it to discover a new poet; her tone was floating one and a half meter above ground, rather than seeking aerial views and her talent was about leaking the ineffable, with a rice paper-thin humour. "Orientals", I have always loved this word; a harp sound, the opening of a curtain, a grand entrance, and I trust my ear more than the politics of language. Post-colonialist rhetoric is blocking my view, land mining my imagination. Orientalism, a delectable crime; objectifying culture is one of my favourite thing. The other day, a friend told me that she could not do the first move on an Indian man she had a crush on, because of British imperialistic history. I first laughed so hard at the creative excuse for lacking balls, but felt seriously ill a second later. Social studies have snuck into the bedroom. Some political awareness designed for the self-righteous turned into a psycho-sexual neurosis. Love it.  I also love to make gross generalizations, stereotypes as archetypes; it is a question of liking motifs and moirés. Orientals share a gentle existential wit; an attention to details making the tiniest gesture, monumental, preserving a childhood flexibility with change of scale in the same sentence; silent slapstick as a form of survival. Yu Su was a living anime. Short movements with medium long stops, she reveled in suspended time, “the air being eaten” by a second ring left unanswered. Her style was traditional with an element of pop: regal-funny. Moved by human hesitation, she liked to mix stardust with cell phones, eyelashes and farts, breaking the siege of gravity. The challenge in writing poetry is to not sound like poetry. Art that looks like art can be suspicious. Very important, she was dexterous with the comma. “He who would search beyond the desire to seek the termination, of rain”. Under The Gates, sheltering from the passing showers, two lovers breaking up to the near-distant sound of neo-techno, blurring the definitions of waiting and hoping, like esperar in Spanish, for both a change of heart and/or a change of weather, negotiating the next move. Yu Su means jade, a gemstone known to attract successful love and/or money; and money sometimes translates in Chinese as silver powder. What first caught my attention was the graphic movement of the fading of one sentence into another, the same way that lines on the road, at night, line up in an optical illusion, each one erasing the previous one, overlapping through speed, swallowing; the entire history of time, non-stop, the universal struggle for feeling the fleeing, “because the road behind you steps into the road in front of you cannot see”.

I had recently gained a considerable experience with fortune, new skills in capturing the moment with a ping pong ball, as a method, and as she was being ageless and talkative under the magnetic moon, I said, ironically, “Darling, let’s col-la-bo-rate”. Most people using the word “collaborate” never do. Some words become soiled by not living up to them, like saying I love you after a violent fight or I am sorry, but fight again soon after, for the same stupid reason. “Write me a poem in Mandarin" I said, for this upcoming issue on translation. I will turn the pictograms into a 3D garden of monuments which I will visit with a pocket size dictionary, trying to decipher where I landed, learning Chinese in one week, a breeze. I will be a tourist inside your mind”. Her eyes opened (something specific about Asian eyes opening wide in a sudden way); she obviously liked the idea. The Snack Bar was closing. Before we split in different directions, I introduced her to my friend Steven Tong, as she had mentioned that she had a hard time meeting Chinese friends interested in Chinese culture. (I knew that you do not introduce Black people to Black people just because they are Black but I did not care about that either) I introduced him as a Daoist and independent curator who had been showing emerging artists for over a decade, in a space above Pulp Fiction bookstore onMain Street. By Independent I meant by not depending on state funding or commodity to operate and contribute to the arena of expression. His gallery by then had become an “institution”, in the best sense of the word; without the bureaucracy and comfort that comes with artist-run-centres, which often run the danger of becoming a bit lazy in the effort of finding the new pulse. I told her that Steven had the rare quality of not relying on names and pursuing his own intuition as he often chose artists for their personal frequency more than their ideas, trusting originality and subtlety from the human encounter. Risky.

Yu Su and I met for lunch the following week. Both floating on sleep deprivation; healthy Lebanese seemed the right choice. We walked down the terrazzo stairs leading half-way into the ground, landing into a 1940's glass vestibule with pale mahogany window frames and a collection of exotic plants. Despite the sunny day, the cavernous place was packed. When it opened a few years before, it was another clubhouse of ours; after midnight, we would close the wooden blinds and drink cheap champagne until daylight. The interior architecture was espousing the pre-existing WW2 submarine vibe with deliberate wide arches, subtle streamlined curves, and fresh tile work abstracting angular palms. The warm white walls were lit with middle-eastern perforated brass lanterns, creating sultry shadows, in resonance with a chosen sound track of contemporary ethnic sounds; a sensual underground in the Paris of the Middle-East, when it was wild, cultured, limpid and free. As we sat down, I briefly explained that the initial concept for the "translation" issue invited a loose interpretation of the word, but that a conservative translation would be refreshing when "experimental" becomes de rigueur. We both spoke ESLbut loved making an effort to find les mots justes, while holding Chinese and French as each, twice as precious as the other, infinitely superior. I was shocked to find out that the word circle, in Chinese font, did not look like a circle at all. We quickly moved into philosophy, exchanging different laws on movement and discontinuity, concepts of the eternal return, sketching different versions of the checker board, emphasizing on the point of change in the yin and yang, and folding into music, the most abstract of all languages. Everything is about sound, even for the Deaf, who does not miss a visual beat. Translation is the human condition. I suddenly remembered her face, in the dark, at John’s, a clandestine after-hour rave room ran by our friend Andrew Volk, an electric DJ and impresario.  One night Thin Gaze was playing a set; something only he could play; bedroom drone with a voice lower than low; Zappa's vertigo with less irony; dark lucidity in self-doubt; melancholic leisure with a hint of resentment about having to earn a living; a permanent rehearsal; lots of base, lots of wires; post-apocalyptic romanticism without clear display of personal pain, mumbling for himself more than for an audience; private Baudelarian spleen making the dread seductive, reassuring, soft and renewable. I remembered her face, she sang with him in a duo. Feeling so much yet remembering so little, impressions come back à propos in flashbacks of déjà-vu. They used to be lovers. We corresponded for a little while, about auditory hallucinations, until he left for China where he started to produce writings under his name, Chris Franklin Blackmore, “A gentrified Jew from Canada in the rougher part of Hong Kong's casino for musical inspiration”, translating his experience in Mongkok, while his “intended love-work dream in Shanghai evaporated overnight” (…) his “hopes of a working visa were pinned to the assistance of "Forever Bright", an agency that built a lucrative practice from word-of-desperate-ex-pat-mouth and a labyrinthine Web 1.0 Internet presence”. He sent me a few vivid images of his neighbourhood at night: “a clutter of thousand HKD bank notes lying on the floor next to the thousand-yard stare of some working girl”, summing up his excursion getting “to the heart of the presumptuousness of art” he said, “I guess – you have to buy into the idea of your own exemplary-ness to launch something you make out into the traffic of humanity’’.

As I walked into the Mandarin garden, I heard whisperings about one single twig in a field, one single person in a thousand, to make friends with, to intersect, to exchange and deliver the fun, to join for a life time, to rise above and float in hopes, tireless, despite all obstacles, guiding each other through the eight cardinal points of the self and burst into the evening dusk. Sunsets are for the weak minded. Seven affairs, eight affairs, before reaching something resembling affect, held in the palm of our hand, or not, by contrast, a change of state in harmless casual relations. Psycho-kitties. Apparently, there exists, a single one, like a particle used to exaggerate, to emphasize things referring to things preceding everything, such as, also, but not necessarily. Of course, Yu Su’s poem had to be about the possibility of love, and the impossibility of it. 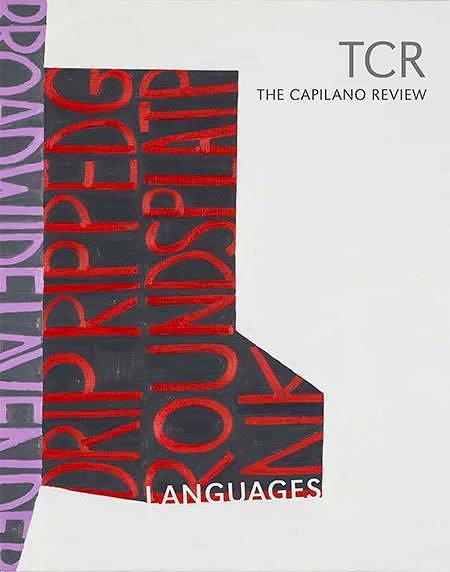